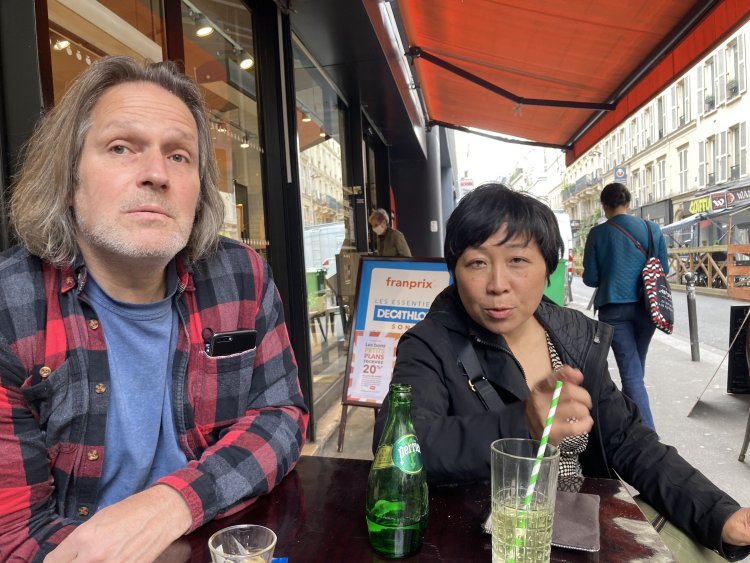 Wakatta is a trio initiated by Jean-Sébastien Mariage (electric guitar) for which he surrounds himself with Yuko Oshima (drums) and Benjamin Duboc (double bass).

The aesthetic takes as its starting point the New York jazz of the end of the last century and brings it to the musical challenges of today.

Dynamic, simple and repetitive themes are driven by a big drumset and a big double bass plugged into an Ampeg amp.

Starting from simple melodic themes proposed by Jean-Sébastien, the double bass and drums parts are built together during the working sessions.

This being established, like a momentum, a leap into the void, the improvisation, built by the interweaving of the three voices, can begin, without knowing where it will lead us. After an indefinite time, the closure will generally be done by returning to the theme. A classic and effective form therefore, re-visited today by modern melodies by their repetitive aspect, non-harmonies, and heady rhythms which intersect, disappear, explode the framework of the meter. Colors that form a picture that seems familiar but immediately emerges as an emergency of the present.

The music remains melodic, rhythmic and tense. The decision-making of each of the three musicians can only be done alone because the time to think is already too long. It emerges from it a common jubilation produced by a referenced statement always endangered.

This project is under construction. We are looking for a residence to mount it. Below are two excerpts from the only repetition that was intended to test the formula.