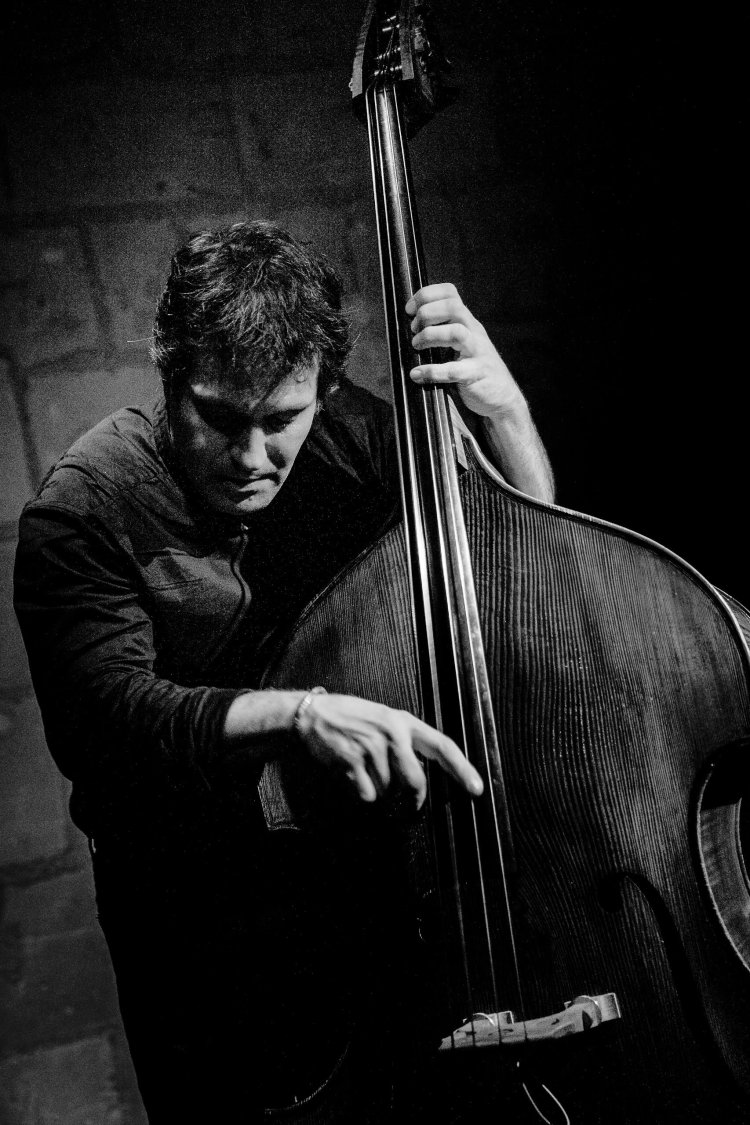 Benjamin Duboc, double bass - improviser and composer of electroacoustic music, multiplying the contexts of play (music, dance, theater, image), with a pronounced taste for literature and particularly poetry, works around notions of the present, of air, limit, fluidity and dilution, complexity and simplicity, developing a game of remarkable expressive, telluric intensity. "Music as sharing the air. To play music is to play to listen." He considers the form, in improvisation, as a result of the relationships brought into play, a form in perpetual birth, through work around the state of presence and Act-ualisation. But also, form, in writing, prior to the relationship. No aestheticism then, no marked route to follow, but open to the expanse, above all.

He began his family jazz on his own, before working with Jean-François Jenny-Clarke and Bernard Cazauran, and thinking of the instrument, like our own voice, as an extension of the body, a simple resonator, amplifier of our interiority. , privacy. A virtuoso approach therefore, in the etymological sense of the term, as well as his obsessive attention to autonomous otherness, his pleasure of the game being in this positioning, have made him one of the living forces of the experimental scene today as well. that a partner of choice for many musicians in Europe and beyond.