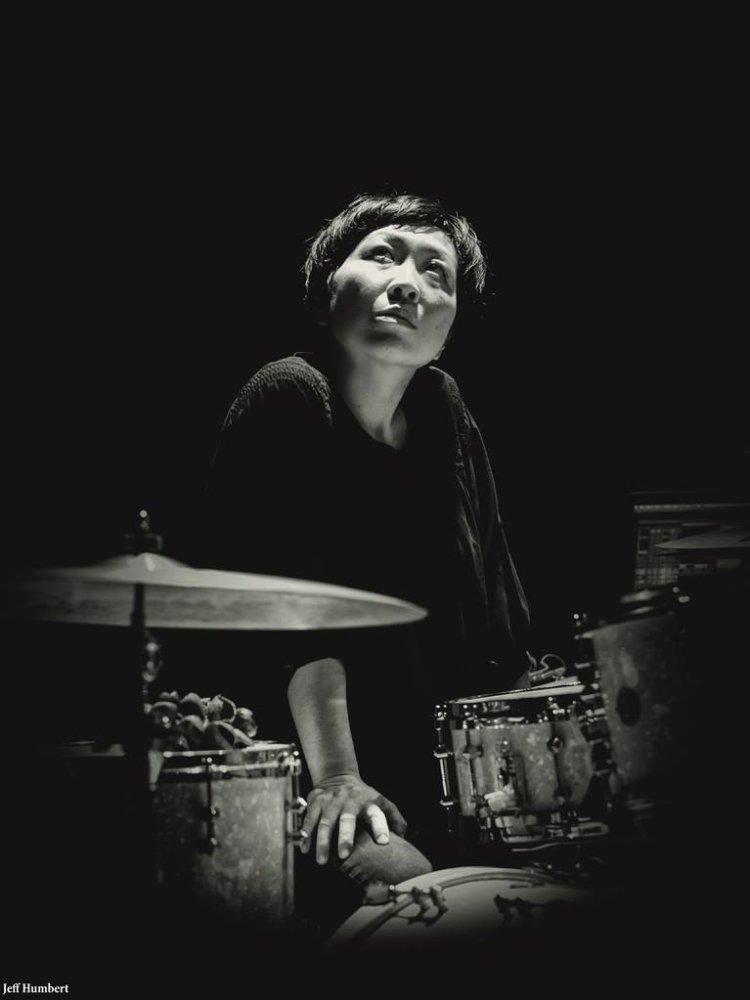 Japanese drummer and composer. Lives in France since 2000. Yuko develops his musical language in drums through improvisation and composition with musicians, dancers, and actors. As a drummer, Yuko focuses on finding sounds with his instrument and metal accessories while keeping his passion for rhythm and groove. As an artist, Yuko enjoys creativity and humanity.

In 2015, Yuko formed the duo ‘bishinkodo’ with Eric BROITMANN (Motus) in acousmonium (speaker orchestra) to realize his idea of ​​creating drum music for drums and electronics; true mixture of acoustic and electronic sounds forming a vast soundscape. This project shows her affection towards the search for new sounds and a new musical approach that she has kept since the beginning of her musical life having crossed rock, jazz, contemporary and pop music.

In 2018, she asked Samuel Colard (piano) and Vincent Robert (modular synth, from the “summer camp”) to create an improvisation trio “Hiyoméki” in order to realize and concretize the music she had imagined; focus on the group’s singular sound work with vast influences from rock, jazz, pop and contemporary and also on instant composition work in improvisation to create a unique musical journey in depth.

She is a founder of the duo ’DONKEY MONKEY’ with Eve RISSER (piano), of the drum duo with Hamid DRAKE, of the trio with Isabelle DUTHOIT (voice, clarinet) and Soizic LEBRAT (cello), of another trio ’LAUROSHILAU’ with 2 Brussels girls Pak Yan LAU (piano, electronics) and Audrey LAURO (alto saxophone), and also groups from Japan, notably from the trio ’GAKUSEI JIKKEN SHITSU’ with Ryoko ONO (saxophone) and Hiroki ONO (electronics) who released their album in July 2017 under the French label Bam Balam Records. In addition, she regularly collaborates with dancers, notably "SOURDRE" with Damien BRIANÇON (from "the collective species"). She also plays in a play SCÉNES DE VIOLENCES CONJUGALES ’directed by Gérard WATKINS since 2016 as a musician and actress.