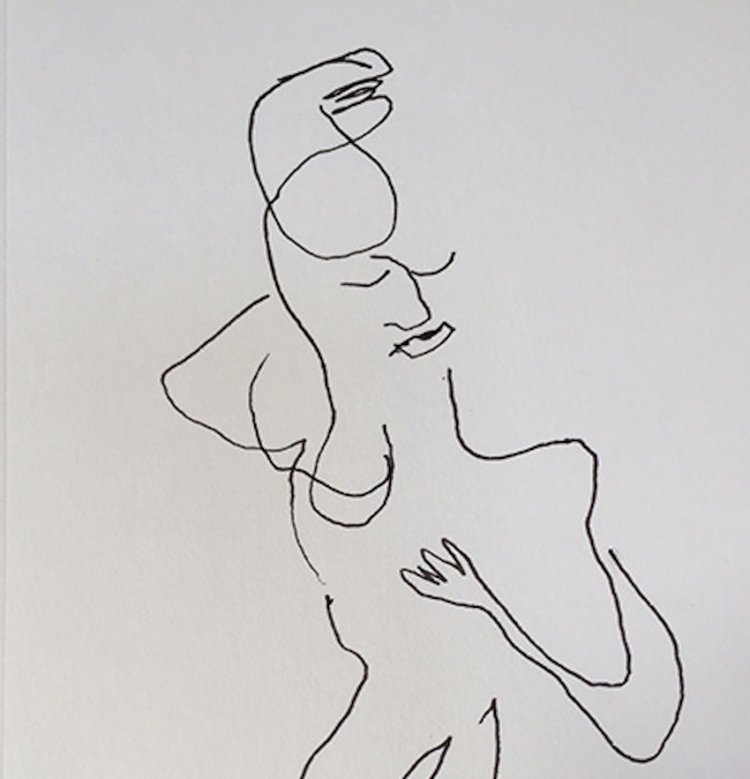 Featuring four musicians as seasoned in experimental as popular music, the idea of ​​this new composition is precisely to bring the freedom of imagination, timbre, structure, to a form recognized as song.

The songs operate on a simple idea: the meeting of a refrain and a text. The instrumental part is conceived as a container, colored, with its own form, arousing a particular emotion, having vocation to welcome the voice and the text. The latter are then completely free to place themselves in this space.

During working sessions with Catherine Jauniaux, surrounded by numerous texts and books, it was the writings of Henri Michaux that naturally stood out.

A priori inchantable, they turned out to make sense with music. We know the singular talent of Catherine Jauniaux for whom “everything is changeable”.

The music is thought of as an assembly of simple and easily recognizable codes, freely chosen, and added to form a setting for the voice.

Thus, by dynamic and catchy rhythms, embellished with simple melodies, we will give an original hook that will make the listener available to a particular song, and to texts that combine depth and humor.

Coming from contemporary and improvised music, Jean-Sébastien Mariage has never severed the solid link he maintains with song. All-terrain guitarist, he has kept for all these years, after all these encounters in fields as vast and diverse as rock (Makhno), abstract (Hubbub), contemporary (Eliane Radigue), a relationship as privileged as it is intimate. with a good number of so-called popular music.

His meeting with Catherine Jauniaux was decisive. They started working together at the end of 2013, playing numerous concerts in duo (Jauniaux / Marriage), Trio ("L’Amour" with Xavier Charles), Quartet (Sisyphus with Frederick Galiay and Mathias Pontevia).

By dint of searching together, allowing each other the greatest possible freedoms, the song came to interfere in their work, naturally. Rather than continuing in pairs, they decide to create a full-fledged group, with a rhythm section.

After more than twenty years of sound, timbral and formal research, Jean-Sébastien Mariage addresses the desire to put this experience at the service of more accessible music, which uses codes common to a large audience. These codes (repetitive and catchy rhythms and melodies) are arranged freely, without worrying about reproducing an existing aesthetic. This allows him to bring out sounds that are not usually used in this music.

« Beyond a few illustrious (amplified) guitarists who have marked the history of jazz, the great development of the sonic qualities of the electric guitar was initiated mainly by rock guitarists, most often through unconscious experiences and not premeditated. But the possibilities that these musicians have revealed are now consciously enlarged by a large number of avant-garde guitarists who cannot be assimilated neither to rock, nor to jazz, nor really to electronic music, but who are at the center of the development and preoccupations of all these musical forms, with as an anchor: improvisation. Jean-Marc Montera, Stephan Wittwer and today Jean-Sébastien Mariage are, among others, part of this family of musicians who perpetuate the clearing and who in one way or another, through new techniques or new (electronic) materials make the instrument evolve, transcend it, open it up to unexpected sounds, to unsuspected music. From Hendrix to Bailey, the electric guitar has become an instrument susceptible to questioning preconceived notions about the real nature of music and sound and its true artistic and political functions. » 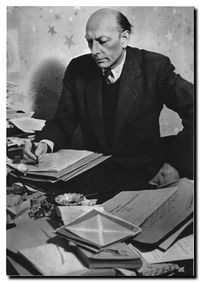 Henri Michaux is one of the writers who have been able to best recreate the human experience in its psychological, spiritual and bodily dimensions, and its two tragic and comic sides. Suffering is at the heart of his work, nourished by an impression of lack (“I was born with holes”, Ecuador), the perception of the body as an obstacle, a metaphysical anguish that both exterior and interior journeys fail to appease, and the insatiable search for a way to escape, to loosen the grip of belonging. His writing, both tense and casual, abstract and somatic, lyrical and logical, combines the intensity of emotion and the distance of humor. His poems, in free verse or in prose, go from the conciseness of the aphorism to the lyrical scale, and multiply the registers: imprecation, murmur, sarcasm, complaint, extravagance. The only constant is a radical distrust of language, the fallacious coherence of which he exalted with exaltation to "show the interior sentence, the sentence without words": a dry, nervous, panting, vibrant rhythm, an inventive syntax and repetitive, lexical creations and onomatopoeias, recreate (through violence) but also recreate (through humor) the language.