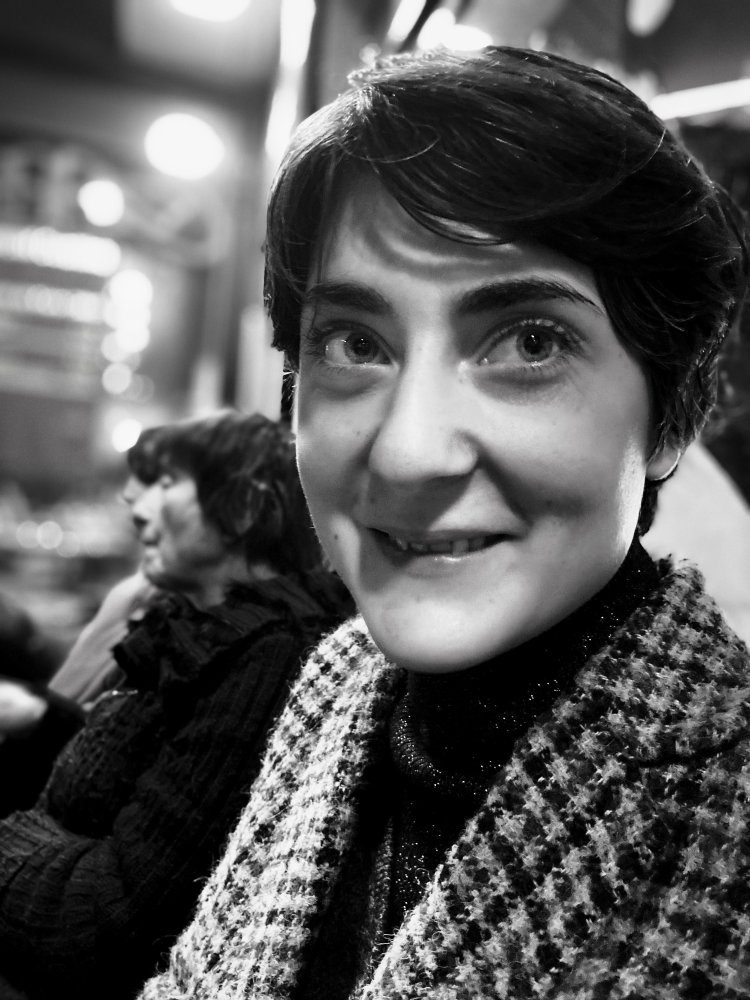 After a youth practicing contemporary dance, writing in many workshops, drawing and painting with her painter father and at the Fine Arts workshops, she studied literature, philosophy and history before embarking on in a sustained practice of painting and photography. During this Parisian period, she co-founded the collective Pagaille, bringing together different practices ranging from Architecture to Dance, including music and photography, resulting in hybrid events mixing poetry, music, dance, projections ... and the creation of an eponymous journal. Nourishing her imagination, she will settle in Belgrade where she will participate in the creation of a cultural place, notably in the setting up of an oil painter’s workshop. She then moved to Brussels.

In 2017 she put her bags down in Montpellier, where she spent part of her childhood, and got involved in an experimental music collective, organizing concerts and meetings. In parallel, it launches out in the manufacture of small and medium-sized films in VHS, with its only means and its savings. She writes, directs and edits, and surrounds herself with artists and technicians for collaborations, in the plastic, musical and cinematographic fields.

In 2019 she began writing and directing documentary projects.

She lives and works between Montpellier and Paris.